An Overview of Mechanisms to Support Nature-Based Solutions in Canada 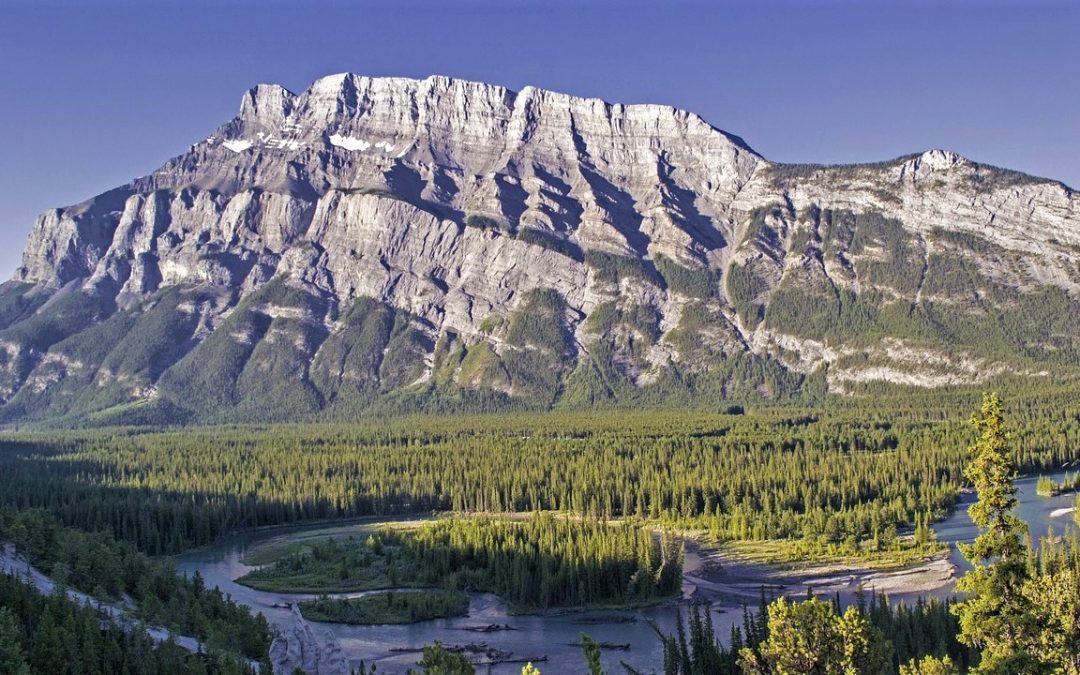 The status of support mechanisms for nature-based solutions in Canada was the subject of a virtual conference held on October 15, 2020. The conference, called Scaling Canada’s Nature-Based Solutions: Who, How and What’s Next, was co-hosted by Globe Series and Corporate Knights.

The event, attended by almost 400 participants, was the first of its kind and one of the most important in this period of the Covid-19 pandemic. According to one of the co-facilitators and hosts, it aimed to bring together opinion leaders from across the country to identify opportunities for industrial and natural breakthroughs that would reduce greenhouse gas (GHG) emissions while attracting investment and creating jobs; what we call building resilience to climate change. This conference was sponsored by SHELL, with the Honourable Jonathan Wilkinson, Canada’s Minister of the Environment and Climate Change as a special guest.

The opening of the brainstorming session was punctuated by the Minister’s speech, followed by the intervention of the panellists, who took turns greeting and honouring the First Nations peoples at the beginning of their interventions.

Getting Started: Participant Survey on the Importance of Nature-based Solutions

The beginning and end of the conference were marked by a participant survey on the degree of importance of the role played by Nature-Based Solutions (NBS) in achieving climate action goals. In both cases, the response of 2/3 of the participants was « extremely important ».

Diversity of Speakers and the Different Focus Points of the Conference

The speakers were four guests from various backgrounds (Industry, NGO, Municipalities, and First Nations representative) and the Minister. Their respective contributions focused, on the one hand, on their understanding and definition of the subject of the conference (« who », « how » and « what is the next step » in NBS) and, on the other hand, on participants’ questions addressed to the four panellists. These questions focused on: justifying the use of carbon credits when GHG reductions and sequestration are needed; providing incentives for access to industrial innovation and adoption of NBS in Canada, which they referred to as the «carrot technique»; and establishing baseline requirements for NBS, which they called the «stick technique», referring to the metaphor of « carrot and stick » as two management tools.

The interventions of the Minister, the First Nations representative and the expert working in the field of municipalities made it possible to highlight Canada’s potential for NBS given its natural environment.

To begin, the Minister, in his statement, recognized that two crises were already present before the advent of the Covid-19 pandemic: climate change and the increasing loss of biodiversity. According to him, the pandemic has created great uncertainty and enormous economic and human losses, while amplifying a number of long-term systemic problems and inequalities. The Government’s priority has therefore been and remains the health, job security and well-being of all Canadians.

Continuing his speech, the Minister stressed that in order to avoid the worst effects of climate change and achieve net-zero by 2050, Canada must respond to these crises in a way that will sustain economic recovery over the long term, despite the fact that the country holds 70 percent of the world’s remaining wilderness. That’s why the Government has made the largest and most significant investment in conservation in Canadian history – $1.3 billion – to help us meet conservation targets for one-quarter of our land and one-quarter of our oceans over the next five years. He also mentioned that it is in the same spirit that Prime Minister Trudeau recently announced that Canada is joining 25 other countries in advocating for the protection of 30% of the world’s land and oceans by 2030. As well, the Minister pointed out that the potential of NBS is significant because, he revealed, studies have estimated that NBS could globally provide up to 1/3 of the total CO2 reductions required by 2030 to help keep global warming below 2°C. And, he concluded by saying that governments and the private sector also have an important role to play in advancing NBS.

After that, the First Nations representative, Chief Marilyn Slett, President of Coastal First Nations – British Columbia, underlined the duty we all have to protect nature. She illustrated her message with a short film portraying the daily life of her people, who number some 20,000 souls. The video showed how they work to protect their territories (lands, waters). She emphasized the incentive aspect of their labour, indicating that they work hard and that their efforts are converted into carbon credits that they sell to the B.C. government to make it carbon neutral.

Finally, expert Roy Brooke, Executive Director of the Municipal Natural Assets Initiative, who works in the area of municipalities, said that a lot of work is being done in the area of empowerment and standards for natural assets. He believes that Canadian municipalities have an obligation to adopt modern and structured natural asset management systems to ensure « sustainable » service delivery, and this work cannot be done without including the Aboriginal dimension which is very important. According to him, an asset that is well managed and protected will increase in value over time. So, we must find ways to recognize, act on and understand the full value of natural assets, particularly through inventories of these natural assets.

Availability of instruments to support NBS: the carrot and the stick as a management tool

The guest Denise Chang-Yen, NBS Development Manager, SHELL Canada, reminded that SHELL has announced its ambition to be a Net Zero company by 2050. She also specified that this goal can only be achieved through intermediate targets, notably the annual improvement of SHELL’s carbon intensity. According to this manager, the NBS has and will continue to enable SHELL to develop business opportunities to offer its customers carbon-neutral fuels using carbon credits from nature sequestration projects. This is already the case at Shell service stations in the UK and the Netherlands that offer carbon-neutral fuels. In addition, Denise Chang-Yen announced that SHELL plans to spend $200 million this year and next on NBS, and believes that this could be beneficial in Canada, but under certain conditions: that the appropriate regulatory frameworks must be in place. In her view, Canada needs to invest in the structures, regulatory framework and investment protocols, which she called « the carrot technique ». She argues that SHELL could offer to Canada its expertise in the area of carbon markets, with a market that has already been operating for some time in Alberta.

For his part, Radicle Balance President Alastair Handley, who has worked on Canadian carbon markets for more than 15 years, said carbon markets work extremely well to encourage action to reduce or eliminate GHG emissions. However, he particularly insisted on the fact that there are significant barriers to investing in natural climate solutions to participate in the carbon market and the lack of a regulatory framework that allows for the creation of carbon credits in a uniform manner across the country. He argued that carbon credits are not an outcome, but a tool designed to facilitate the transition and also to induce behavioural change in all lifestyles that would later lead to zero emissions. In addition, according to Handley, the government should issue a regulation, which he called a « stick technique », to stimulate behaviour by, for example, requiring infrastructure projects to be carbon neutral, while allowing some flexibility on how organizations that must invest in NBS will do so instead of imposing the planting of trees.

In regard to the above, all stakeholders agree that solutions from nature can contribute to keeping global warming below 2°C by 2030 and that the contribution of First Nations peoples is important. To this end, they recommended that federal and provincial governments and policymakers provide the necessary resources and create protocols and market frameworks, as there is an urgent need. They concluded by saying that nature will partly help us to do this and that carbon credits may also do it if, and only if, we all collaborate on these solutions.

What about the contribution of other types of solutions such as alternative technologies that support positive economic, social and environmental solutions in achieving the same objectives?

It’s true that the most exciting and inspiring ideas and solutions can come from nature, whether it’s about nature conservation, sharing natural resources or implementing climate change projects. But it’s not just nature that makes this happen. Rather, it is essential to achieve the creation of adaptive and dynamic systems given the complexity of the socio-economic and environmental challenges we face. In other words, if humans wish to slow down the depletion of natural resources and reduce their GHG emissions, this would require responsible and sustainable consumption and reduction at the source. And technological solutions, which are SBS, can contribute to achieving these goals by adopting so-called «green» technologies to accompany behavioural change and educate people about reduction at source. This is how zero emissions will eventually be achieved in the long-term.

For example, how could building managers be asked to reduce the environmental impact of their activities if not by optimizing the use of resources (energy conversion, energy optimization, waste management, etc.)? As reducing emissions is everyone’s business, an expert in carbon footprint and life cycle management stated that:

« Faced with climate challenges, there is no behaviour to adopt or gesture to banish by everyone. Our carbon footprint is a budget to balance. Everyone will value something different, depending on their constraints » – Cécile Bulle.

Indeed, in waste management, we want to avoid landfilling, and in reuse, we wish to avoid recycling materials, which would consume a lot of energy and generate large quantities of GHG, given that the strategy based on the « 3RV-E » approach (reduce, reuse, recycle, recover and then eliminate) is still strongly recommended as part of the socio-ecological transition.

And, how can local organizations be encouraged to optimize the use of resources through responsible consumption, reduction at source and reuse of materials? In our opinion, by helping them generate value from their environmental efforts. This would produce socio-economic and environmental benefits, while promoting best practices, a circular economy and eco-responsible activities over the long term, to facilitate the ecological transition towards zero emissions. For example, at Solutions Will, the sale of carbon credits enables the financing of the actions of local businesses (SMEs) and the transition to greener solutions, thus reducing GHG emissions.

Your point of view on this issue is very important: what is your opinion on NBS and SBS?

Written by: Christelle Mylène Noutchomwa, GHG Auditor at WILL