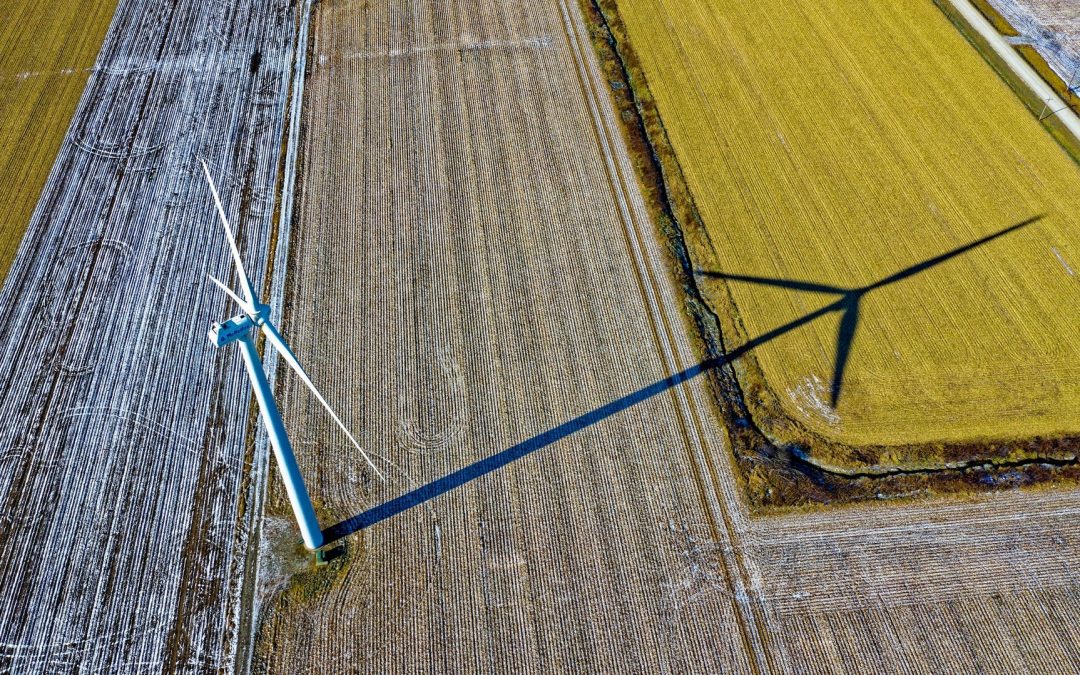 More than 95% of the electricity consumed and produced in Quebec comes from hydropower, a carbon-neutral energy [2]. However, the industrial and transport sectors are mainly fueled by fossil fuels. Indeed, the transport sector alone consumes 82% of petroleum products [3]. In 2016, 70% of Quebec’s greenhouse gas emissions are related to energy use [1]. The pillars of global economic and energy systems are fossil fuels. These corporate organizational structures present themselves as a major challenge to the overall decarbonization of economies.

The ratification of the Paris Agreement in 2015* obliges countries to step up their efforts in the fight against climate change. They have until 2050 to achieve pre-set targets when the agreement is signed, such as mitigating the temperature increase of 2°C [4]. Climate experts argue that warming beyond this threshold could lead to unpredictable and irreversible changes. No matter how much the warming is not to exceed, the level of anthropogenic emissions must be zero in the long run. Only the time to achieve this determines the extent of the temperature rise [5].

Moreover, extreme weather disturbances, increased floods and periods of intense droughts, destruction of infrastructure caused by thawing of permafrost, erosion of coastal areas and forest fires already cost a fortune each year in human and financial resources [3]. According to the United Nations, the persistent gap between the goals set by the Paris Agreement and the reductions in GHG emissions to contain global warming is catastrophic [3]: the last 5 years have been the warmest on record [6].

Nevertheless, a real transition is slowly emerging on a global scale. Corporate restructuring does not happen overnight. Countries recognize the importance of breaking their dependence on fossil fuels and issue policies and action plans that introduce the decarbonization of their economies over several years or even decades [6]. Of course, we are far from saying goodbye to fossil fuels, but innovations in the renewable energy sector are well underway. The objectives are set, all that remains is to put the theory into practice.

According to the World Economic Forum, an efficient transition is a shift to a “more inclusive, sustainable and secure energy system that provides solutions to energy issues by creating value for businesses and societies”.

The phasing out of fossil fuel energy for the inclusion of various forms of renewable energy will have a significant impact on the status of greenhouse gas emissions [6]. During the transition, changes in citizens’ behaviour are also expected. Despite the increased social mobilizations in favour of the energy transition, it is crucial that the emergence of a culture of efficiency and energy waste begins to achieve the objectives set. It is therefore a question of investing in clean technologies such as solar, wind and hydro to make them efficient and optimized. These investments would certainly create job opportunities, in addition to ensuring the carbo-neutrality of the global economy [3].

However, the current portrait of the energy transition does not quite fit the theoretical definition. In practice, the commitments and policies established by countries could lead to global warming of more than 3°C in 2100 [6], well above the threshold covered by the Paris Agreement. In addition, oil-exporting countries have seen their emissions stagnate or even increase in the past 5 years, and more than half of last year’s global methane emissions came from North America. This is where a kind of mechanical breakdown is located: too soft and permissive policies that stop advancements, often for economic reasons [6].

In Quebec, in order to get the energy transition back on track, Quebec’s Energy Transition, Innovation and Efficiency Master Plan 2018-2023 is a guide to efficient and low-carbon energy management. To do this, the government plans to break down oil dependence in the transportation and sustainable mobility sectors by 2050. This first step in the plan is to analyze and compare the performance of the various energy sectors using a life cycle approach and then guide the next steps in the energy transition. Also, the concept of energy efficiency is the watchword of the Quebec government: the cleanest energy is the one that is not produced.

Energy efficiency translates into a judicious and rational use of energy. It is divided into three parts. The first promotes energy savings resulting from the adoption of behaviours and the use of equipment that allows less energy use than usual to meet the same need. The second is consumption management, which is fully supported by users. It may be advantageous to spread your consumption over time so as not to exceed a certain threshold, for example. The third is the judicious use of energy that takes into account the most appropriate source of energy to meet a given need [11]. This concept of energy efficiency reduces waste and energy use while reducing financial savings for users.

At present, we are witnessing the beginnings of this transition to a clean energy system. Countries that have ratified the Paris Agreement have just under 20 years to meet the targets. If we look at the disappointing results of the last five years, at this rate, can we repair the present mechanical deficiency of the transition train while accelerating its cruising speed?

The technology development and renewable energy optimization sectors are well underway. In 2017, the cost of wind and solar energy joined those of coal for electricity generation [3]. In the second half of the century, researchers predict a drastic transformation of the energy sector. It will be completely independent of fossil fuels by achieving zero carbon status [12].

The use of renewable resources slows the depletion of non-renewable ones and reduces anthropogenic greenhouse gas emissions in order to curb climate change. Benefits that are absolutely relevant and necessary so as not to penalize future generations at energy and climate levels.

Notwithstanding these benefits, the use of renewable resources also presents itself as a puzzle. Can the energy sector rely entirely on renewable energy?

Hydropower, for example, comes from reservoir hydroelectric power plants, as a result of the climate and geography of the regions. This form of energy is reliable, storable and its conversion to electricity is easy.

New solar and wind renewables are not stored as easily, their economic performance is not as good, and they are less reliable. The wind speed does not vary according to energy demand and solar energy depends on the sun. In addition, large spaces are required to build sufficient quantities of solar panels and wind turbines. These large infrastructures can negatively affect ecosystems that provide necessary ecological services such as air and water quality regulation [7].

The words “sustainable” and “renewable” are often wrongly associated. Renewable means that the resource is reconstituted by natural processes ad vitam aeternam. However, if the use of the resource exceeds its renewal rate, its use is no longer sustainable. The resource is depleted [8].

So, let’s not put all our eggs in one basket. A diversified energy mix with battery storage and interconnection between regions can reduce, even eliminate, problems associated with renewable energy [7].

The transition to a decarbonized energy system involves several challenges. Changes in habits, industrial and economic adjustments and interconnection of energy processes are just a few. However, these challenges are simpler to overcome than those induced by the current over-extraction of non-renewable fossil fuels. Their finitude implies that the current model is not sustainable, and their overconsumption leads to potentially irreversible climate change. The decline in oil and gas imports would lead to increased employment in this sector [9], increasing the economic development of countries and operating the circular economy, which has its share of social, financial and environmental benefits [10]. Innovations and alliances in different sectors shape the mold for a sustainable and safe future for human and natural ecosystems.