The waltzing value of carbon credit prices and greenwashing 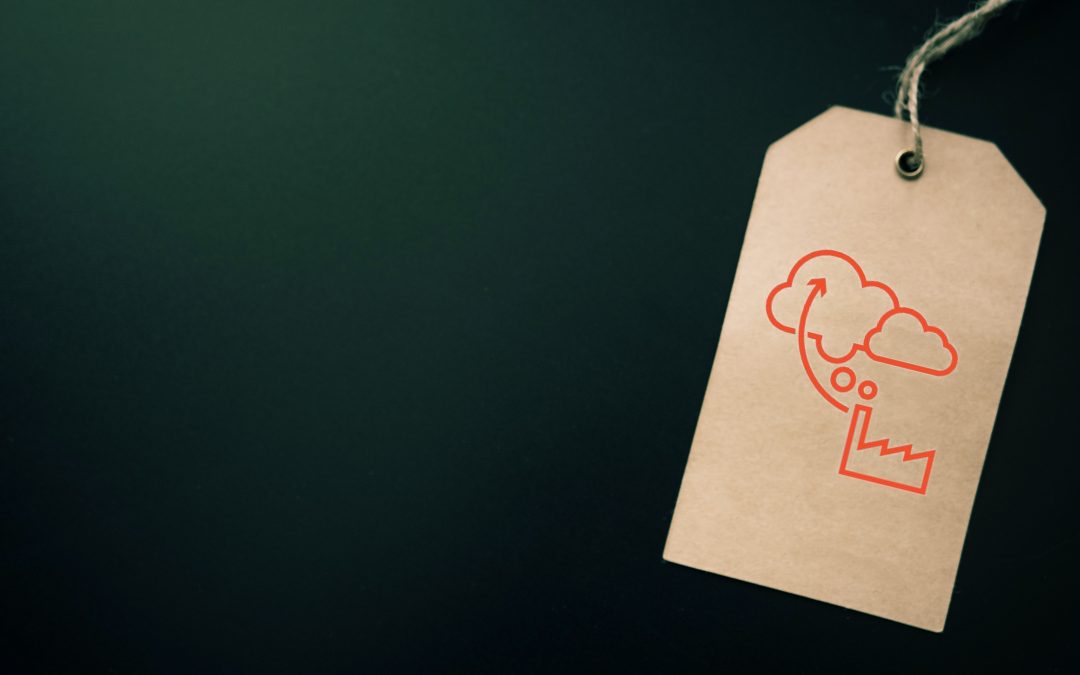 Throughout the year 2020 we have seen a growing interest in corporate and public sector carbon neutrality, recently referred to as “net zero carbon”[1] by corporations such as BP, Total, Shell, Apple, Microsoft or by the Canadian government[2] and many others.

In early 2021, the global effort required remains immeasurable and the magnitude of the changes required is well illustrated by the impact of the COVID health crisis on GHG emissions. Thus the annual contraction of GHG emissions measured over the year 2020 would have to be multiplied by 10 by the year 2030, and about 30 times to achieve the netzero carbon target in 2050. A diagram published by the IEA[3] illustrates annual variations in GHG emissions, which have rarely been negative since 1900.

In fact, GHG reductions are only observed during one-off events such as the economic crisis of 1929, World War II, the first oil shock in the late 1970s and recently during the great recession of 2008-2009. At the time of publication of the diagram, the GHG reductions resulting from the health crisis were calculated to be around 2.4 billion tons of GHGs[4].

This is why the following text wants to clarify and establish what the social cost of carbon is, what the different price indicators of GHG emissions are and, in this context, what climate “whitening” is.

At the outset, there is an economic cost associated with each subsequent tonne of GHG emissions, called the social cost of carbon (SCC). This is the marginal cost of the next tonne of GHG emissions. This cost includes the damage to physical properties that are and will be caused by the increase, in quantity and intensity, of fires, floods, hurricanes, desertification, thawing permafrost, etc.); it also includes public health costs (air pollution, extreme heat leading to mortality, etc.), to which we can add the costs of climate migration. Finally, we must consider the costs of the deterioration of nature, loss of biodiversity, deforestation, ocean acidification and its impact on fish stocks, etc. There is therefore a significant economic cost associated with SCC which corresponds to the minimum impact price required to reach the 2050 climate targets and the netzero carbon challenge.

The introduction of carbon pricing has been accentuated following a World Bank statement in June 2014 with the mantra Putting a price on carbon[5]. Will Solutions was among the first signatories of this declaration. Carbon pricing can be deployed in the form of a carbon tax, a Cap & Trade market, specific regulations on emissions (clean fuels, emission rates per vehicle, etc.). In Canada, this pricing is articulated around a Canadian floor price (government pricing) announced on December 11, 2020, which is $40 CAD/t CO2e in 2021. This price will increase throughout this decade to reach $170 CAD/tCO2/year in 2030. Will submitted in August 2020 to Environment Canada and Climate Change (ECCC) a brief on carbon pricing[6].

As an example, the chart below illustrates two price signals. A first unit price that corresponds to the social cost of carbon and that we will call the minimum impact price[7]. It was calculated by ECCC economists. This price was updated in October 2020 by Canada’s Parliamentary Budget Officer[8]. A second price corresponds to the Canadian floor price in CAD/t CO2e that was set by the Canadian government in December 2020. The difference between the two shows a growing difference over the years, with a maximum difference in 2030 of CAD $129 per tCO2e. 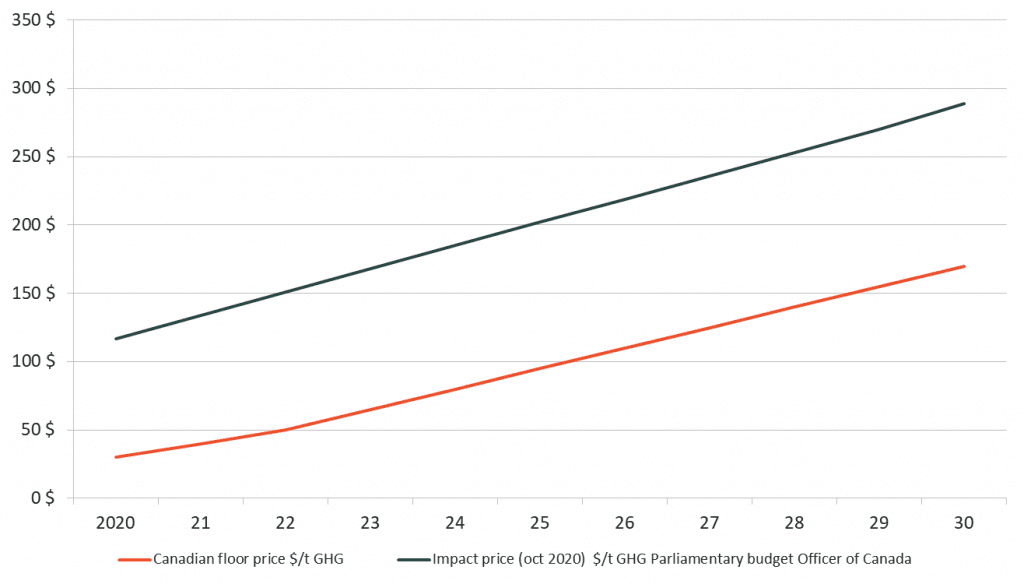 Current carbon pricing on regulated markets such as Cap & Trade.

Greenwashing, also known as eco-washing or greening, is a marketing or public relations process used by an organization (company, national or territorial public administration, etc.) to give itself an image of “ecological responsibility”. For WILL, the purchase of carbon credits at a price as close as possible to SCC is a fair climate contribution that ensures a transfer and distribution of wealth for the posterity of future generations.

What would be an impact price on the climate effort: it should be minimally higher than the social cost of carbon, which is in turn higher than the Canadian floor price. The purchase of carbon credits on voluntary carbon markets (VCM) is an opportunity to make up this difference by combining regulated carbon pricing with the purchase of GHG reductions, two different and complementary measures.

How did WILL price the Sustainable Community carbon credits that are offered online to consumers?

[1] The concept of netzero or carbon neutrality is subject to different interpretations and methodological issues are numerous. According to Wikipedia, carbon neutrality within a given perimeter is a state of equilibrium to be achieved between GHG emissions of human origin and their removal from the atmosphere by man or by his own doing. The difference between the gases emitted and extracted is then equal to zero.

[7] As the lower range of the impact price. Any unit price above the social cost of carbon would accelerate the required change.

Written by: Martin Clermont, President of WILL Solutions

We welcome your comments on our questioning about adjustments to our Sustainable Community carbon credit price. You can submit them to vcu@solutionswill.com